A wise woman I know told me, I should write about my travels in a summary with a couple of notes rather than a bulleted list. I’m here to say I believe she’s right. Some of the places I visited are mentioned below. However, please look at my web page (elsawolfbooks.com) and click on ‘Travel Logs’ to get complete information with direct links to the sites as well as few noteworthy hotels. Wishing you grand adventures. 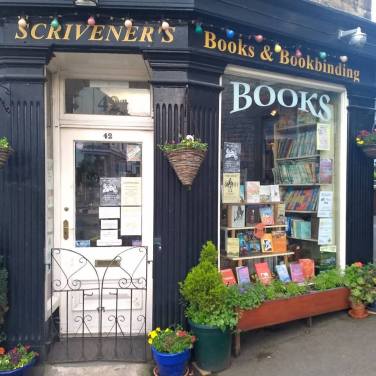 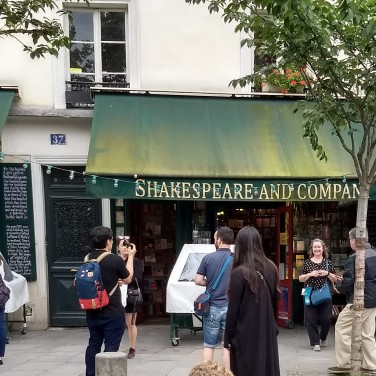 England is a place I’ve been a dozen times over thirty years. I enjoy London, but I much prefer the countryside. In Newbury, we attended a #Shakespearian production of Midsummer Night’s Dream. The production emphasized the writer’s humor and was a refreshing surprise. To continue our appreciation of the arts, we took a pre-arranged and rarely offered, tour of Highclere Castle where the series #Downton Abbey was filmed. 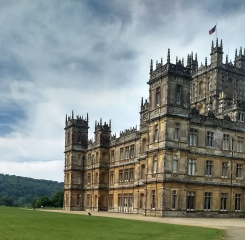 This turned out to be one of my favorite spots with a bonus lecture from Shrabani Basu, the author of the book #Victoria and Abdul. Our next stop; Harrogate to eat delicious sticky toffee pudding at Graveley’s Fish & Seafood restaurant, to visit a couple museums, and to learn how to play #PokémonGo while walking in the Valley Gardens. We had the pleasure of seeing a delightful novel turned into a film, #The Guernsey Literary and Potato Peel Pie Society. In other areas around Harrogate, we visited Newby Hall in Ripon and RHS garden in Harlow Carr. In both gardens, we walked through glorious gardens in bloom. The areas are flanked by tea houses (#Betty’s Tea House & #Mama Doreen’s – clotted cream on scones, a must try). At Newby Hall, there is a tiny museum within the gardens featuring Sesame Street’s #Fozzie bear, Mr. Bean’s and Judie Dench’s teddy bear. Just across the green is a collection of 70 doll houses contributed by Caroline Hamilton & Jane Fiddick. Days later, in the Lake District, we found a place that housed miniature #Beatrix Potter characters in Windermere and walked the dales in the areas surrounding Ambleside. We also had the pleasure of cuddling with several rescued #owls

up close in Grasmere. Followed by a sheepdog trial training session with actual sheep in the Yorkshire Dales.

Heading down to the Peak District brought us more treats. A sheep appeared randomly and insisted on a rub down nearby an organized outdoor rope and balance beams course. In Bakewell, we biked (I used an electric assist bike, my companions did not) on the Monsal trail, and visited flower show and the estate at Chatsworth House. After more walking adventures in the Peak District (Buxton, Hathersage, Matlock, Bakewell) we hopped on the regional train and then the Chunnel to Paris.

Paris has always been my first choice, but I’m glad to say I have expanded my horizons. Our first idea was to meet relatives and tour central France, but they sadly had to cancel at the last minute. We changed our plans, left Paris by train to Rouen to see a Joan of Arc site and two museums—it was a quick day but gave us a chance to acclimate to the French language and ways. We rented a car in Rouen and drove back to Monet Gardens in Giverny. The garden pond was beautiful overall but paled by comparison to the English gardens from the prior three weeks. After an intensely emotional tour of the D-Day invasion sites

with the Overlord touring company, the visit was cut short. We intended to drive to numerous spots after our tour, to have a closer look at the 82nd-Airborne museum and other sites such as Mount Saint Michel down the coast, but alas one of us lost a passport, and we had to return to Paris. The American Embassy was amazing. Arriving early, and being first in line helped us get a temporary replacement within an hour. After a bit of relaxing, we made the best of our time and walked up to the Louvre. On the way, we passed by a couple of goats tied up in grassy gullies trimming the greenery. Looking passed them we caught a glimpse of a human couple. The man was on one knee proposing to his lady love. This inspired us to go to the Shakespeare & Company bookstore that is filled with books written in English, a mascot cat, and a cubby to write a note or two on their manual typewriter. A short walk behind the shop is a place that makes delicious chocolate crepes (Boulangerie Saint Michel-31 Rue de la Huchette) in the Latin Quarter on the Left Bank. To continue… go to my travel link.

The beauty of Wyoming. A day hike led us here. #wyomingwildlife #lakes #mountains #hikes #elsawolfbooks
My new novel will be released in November of this year.
Somewhere over the RAINBOW
#STREETcat